You are here: Home>Complete archive>Articles>1940s>Incidents>Blackburn House Fire Rescues
From: Up
Prev
Next 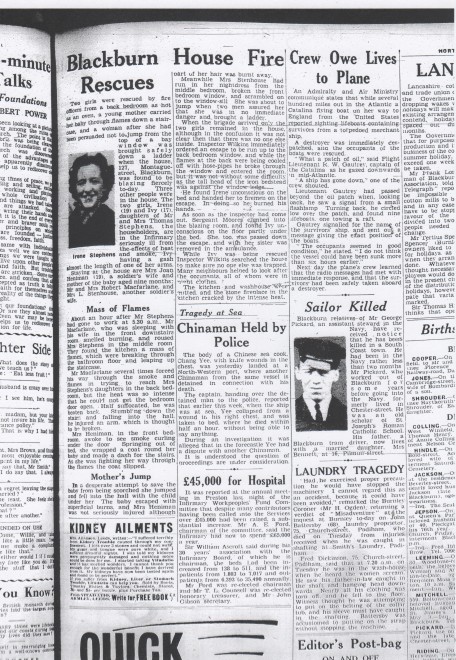 Two girls were rescued by fire officers from a from a back bedroom , although normally this would have been a front page story at this period of time during the war it has done well to get the amount of space it has. Also another strange thing about this period in firefighting at Blackburn but in other stations all the rescue work appears to be done by officers , I am sure this is not the case but only officers are usually mentioned , I know from when I first started as a fireman the officer in charge often went in to an incident to check it out first before committing the crews