You are here: Home>Complete archive>Articles>1970,s>Incidents in the 1970's>Train Crash Bolton Rd Sidings Blackburn
From: Up
Prev
Next 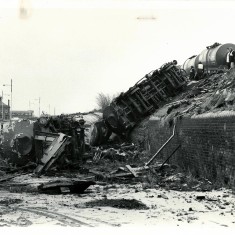 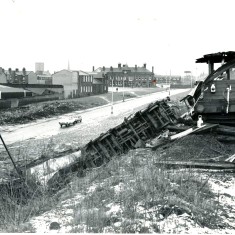 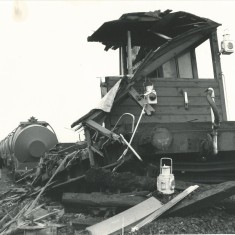 The Scene that greeted Red Watch Fire fighters called to a reported train crash at 11pm on one Friday night in February 1979. A train of fourteen 50 ton fully loaded Caustic Soda tankers had rolled back, demolishing two guards vans before four of them careered down the embankment and into the street, one of them landing just outside the Havelock Arms pub around closing time it was a bit of shock for the regulars I can tell you.