You are here: Home>Complete archive>Articles>2010-2019>Incidents>Fire in Isherwood Street 2011
From: Up
Prev
Next 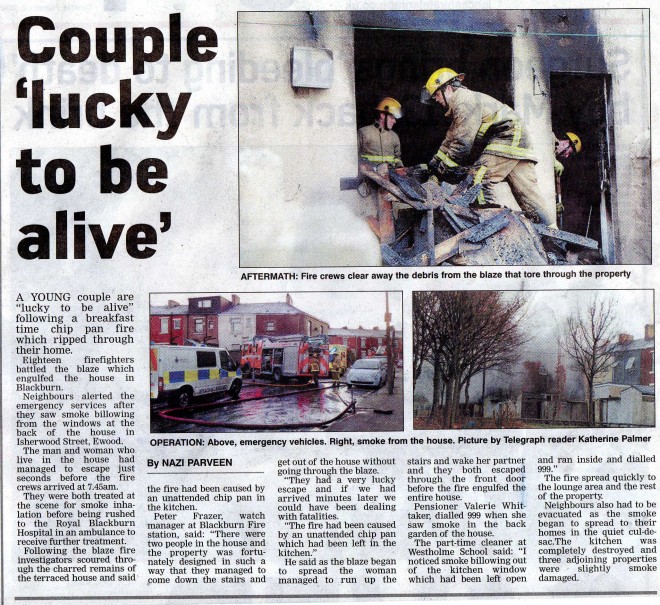 This is one of those fires at change of shift where one watch gets the initial call goes and puts the fire out but then the oncoming watch takes over after the fire and any rescues are sorted . This particular one was green watch putting the fire out and white watch damping down . The picture shows white watch Austin Foy, John O, Rourke and neil Fuller trying to clean up as best as can and making sure the fire is out and not hidden under rubble, where it could start again. Peter Frazer spokesperson