You are here: Home>Complete archive>Articles>2010-2019>Personnel>Historic Former Fire Station Set For Transformation
From: Up
Prev
Next 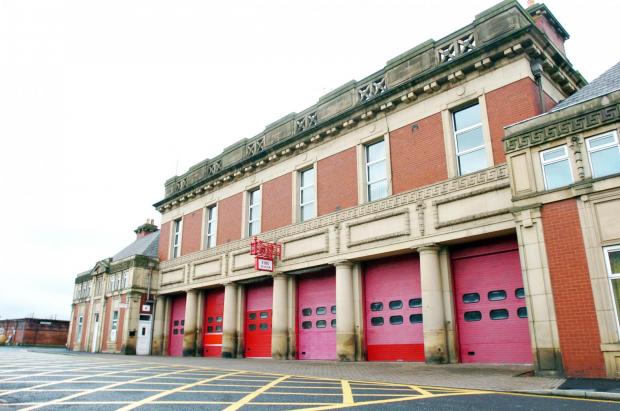 HISTORIC: The former Blackburn fire station in Byrom Street could be converted into offices and an industrial centre

Tuesday 15 September 2015 / News
AN HISTORIC former fire station – which dates back nearly a century — looks set to be transformed into a multi-purpose office and industrial centre.

Several uses have been suggested for the old Blackburn fire headquarters, in Byrom Street, including offices, light industrial units and as a storage and distribution facility.
The sprawling complex, first built in 1921, could also house a health and fitness centre and a car wash if proposals by Mr N Yaseen find favour with borough planners.

It is estimated by the developer that up to 40 full-time and 20 part-time posts would be created if the building, which covers around 1,667 square metres, was fully converted.

The only planned addition to the structure would be a small rear extension, to house the car wash, with the venture being known officially as the Yaseen Enterprise Centre.

Under the application which Mr Yaseen has submitted to Blackburn with Darwen Council, it would be open from 7am to 11pm and 50 parking spaces would be established to serve the centre.

The old fire station has remained vacant since early 2013, when the county fire service moved to new premises in the shadow of Wainwright Bridge.

Architect Deborah Smith said in a report that Mr Yaseen was looking for a ‘degree of flexibility’ in bringing his proposals together.

And the regeneration of the site is said to fit in with the Freckleton Street Masterplan, adopted in 2007.

A Lancashire Fire and Rescue Service spokesman said: “The old fire station was sold some time ago to a private buyer.”

The old Byrom Street fire station was the latest in a long line of premises for firefighters in Blackburn.

Records for a fire service in the town date back to 1794. One of the earliest stations was in Lord Street, with a horse-drawn engine later operating out of Engine Street, where the town hall now stands. This was replaced by a fire station in Clayton Street which had 17 cottages attached for staff, serving from 1867 to 1921.