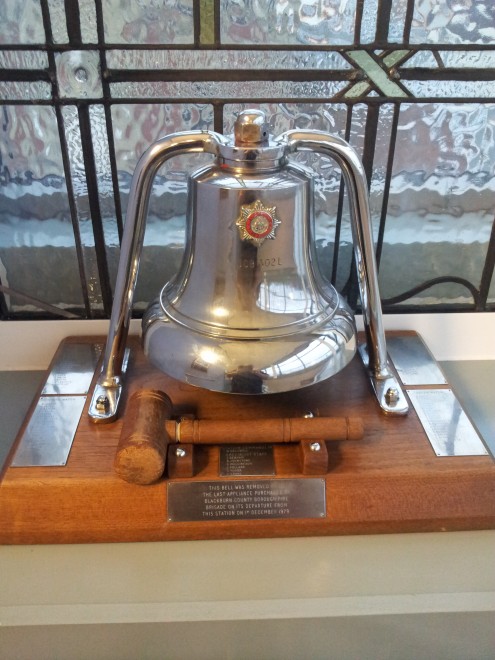 This bell is from Appliance UCB 302L which was the last one purchased by Blackburn County Borough Fire Brigade. It was taken from the appliance when it was removed from the Station on 1st December 1979. The bell was mounted and the plaques list all the personnel Stationed at Blackburn at that time.  It was moved to the new station on its opening in 2012