You are here: Home>Features>The Phoenix Project

the first newspaper article about the Phoenix Project 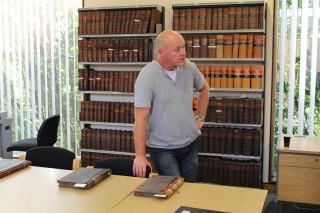 Stephen Brown on the cataloguing and digitising course 2013 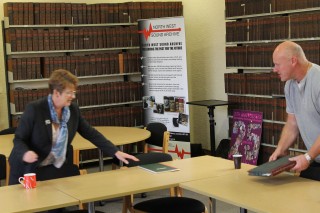 Jackie from Lancashire Archives lecturing us on digitising and cataloguing 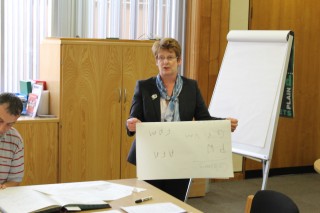 Jackie Showing us the first things about cataloguing

Dot and Pete taking notes on the cataloguing and digitising course 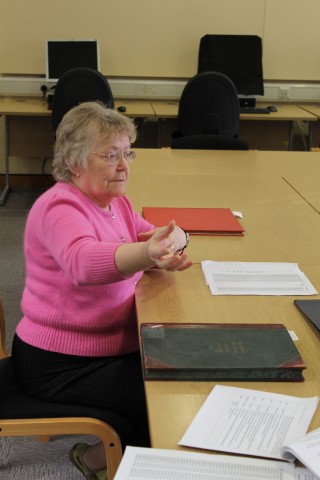 The Project group on our champagne launch in 2013

The Phoenix Project developed from the desire to carry on in some way the collection of photographs, books, articles, etc. The move was on from the old fire station and there was no room at the new one so we felt something drastic had to be done , hence the formation of a voluntary group to carry on the collection and to find some way of making it accessable to you the general public. When a few of us sat down and thought about it , we decided to go big. As recounted before, the Mayoress at the time was a main instigator even though she probably doesn’t really know this , as it has been such a long time from the thought to the deed. The idea of recording peoples memories for posterity was we thought a good idea but how were we to do it. I was told about the Heritage Lottery giving grants to aid in this type of project. But as an old colleague of mine once said “let your imagination go”, we did, coming up with A presentation cabinet and screen to show the old station log books in the entrance to the station , which is well under way as we speak, the digitising of the station Log books, like daily diaries , so that they can go onto a computer and can be seen by more people in many ways. The setting up of a web site to exhibit all our collection to interested people and to make it possible for other people to share their memories for people in the future. Also to record peoples memories , from firemen remembering incidents and funny stories to people who have been involved in those incidents and all the people inbetween. We hope to involve schools and colleges in the future , we already have some students involved now helping on the project. We are also going out giving talks to interested groups of people,

As you can imagine it is a very large project and to get this going we did need to  approach the Heritage Lottery people in 2012 and we did win a grant to help in 2013, all the equipment has been purchased and many of the separate projects begun , involving attending courses which you can see in some of the photographs. More people have come onboard since the start in different ways and hopefully more will help as the project gets going. Hopefully if you are reading this the web site went public in April 2014. We have at this time approximately 25 members ranging from students , pensioners firefighters, historians and other interested people, all volunteering their time and effort all in differing amounts. Hopefully you will have seen the publicity drive we have made to make more people aware or this project and to help make it easier for people anywhere in the world to use.

a lot more hard work , we have set ourselves a target to get all the separate projects up and running with some completed within 5 years , hopefully it will continue after this  but would have to be self funding in the future. We would like to see outside groups using more of our resources , Colleges and schools involved showing the children or students the history of Blackburn’s fire Service from the 1700’s right up to now. Community groups asking for us to go and give presentations on different periods in history and on different subjects. We also hope the website is being regularly used by many people the world over and people putting much more information on the site themselves. Once we have started the oral recordings I hope they prove very popular and people enjoy hearing about stories involving the fire service that has been serving the people of Blackburn for a very long time.

What can you do ?

We would like you to keep looking at our website , and join in with articles, photos, etc. Also make use of us for group visits . The hope we have is that all of you that are looking at this site tell others and that everyone enjoys it , makes use of it . Ask us questions on any fire service matters , we will try to answer you as accurately and honestly as possible, although we are not part of Lancashire Fire Service and so our answers are ours alone and not necessarily the official ones. Schools if you have art from projects you are doing get it to us and we will publish it if we are able , maybe being an annual event. Please feel free to use the facilities the Phoenix Group are giving you the best way you can , mostly ENJOY!