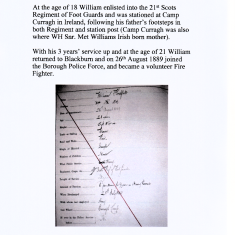 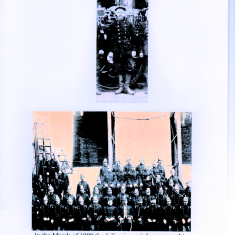 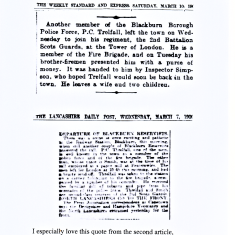 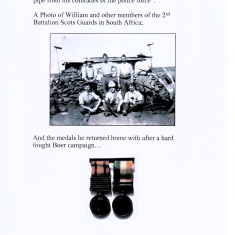 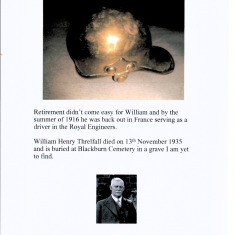 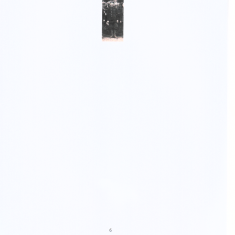 A fantastic story of the life of a man who served his country not only as a Police Fireman, he went to fight in the Boar War and if that was not enough enlisted in 1916 in the Royal Engineers.