You are here: Home>Complete archive>Articles>1970,s>Incidents in the 1970's>Colonel Packaging, St Peter Street 1970's
From: Up
Prev
Next 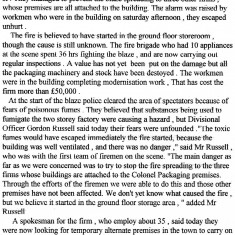 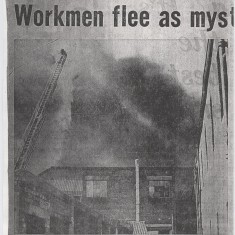 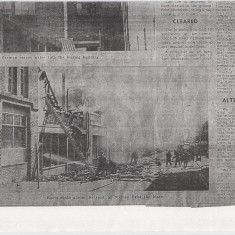 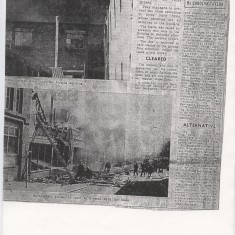 An article about a large fire on St Peter Street .We were on duty this particular day, I recall it was Saturday afternoon just after lunch the turnout out system activated and the message was two pumps to attend Wooden Cabin Fire Park Lee Rd Blackburn. We responded I was driver of the first pump and Stn O Calvert was Officer In Charge we turned out of the Fire Staion and we observed a large plume of smoke a short distance away towards the Town Centre, Stn O Calvert contacted the second pump by personnal radio to proceed to the incident Park Lee Rd. He told me to head towards the smoke plume we travelled up Darwen St and I turned down Mill Lane we were confronted by a large developing fire at the rear of Colonel Packaging St Peter St, Ernie informed Headquarters Control by radio at what we had done to our amazement we where instructed to proceed to our original incident at Park Lee Rd I recall that this message was repeated several times. I wonder what the people watching must have thought fire engine arrived fire engine left.

We carried on to Park Lee Rd on arrival it was observed that the second pump crew had successfully dealt with the small timber potting shed, stop message was sent and the two pumps made available.

And yes you guessed it following a Make Pumps 10 message we were redirected back to the incident at Colonel Packaging.

We were tasked with attacking the Fire from a big roller shutter door at the rear of the premises,I recall the premises being loaded with tons of bagged Almond Nuts, Which I thought was very appropriate  bearing in mind the earlier decision to not let us instigate earlier firefighting.