You are here: Home>Complete archive>Articles>1980s>Incidents>Fire Billinge High School
From: Up
Prev
Next 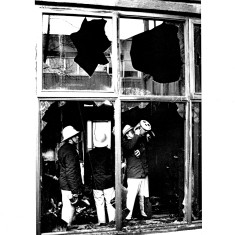 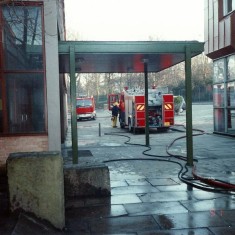 Red watch from Blackburn Fire Station attended with two Pumps Stn O Dave Bowers was in charge, the picture shows Sub O Eric Trotter using a early Thermal Imaging Camera with Firefighters Bob France and I think  Firefighter Jim Kenyon with his back to the camera looking on.