You are here: Home>Complete archive>Articles>1990s>Personnel>1990's Children in Need Descent Down Everest
From: Up
Prev
Next 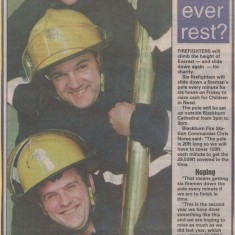 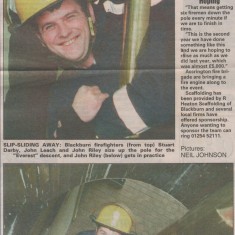 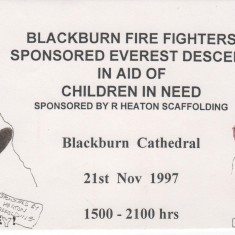 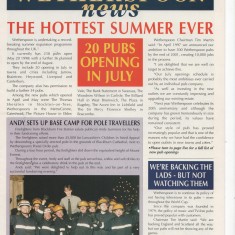 This is the publicity for the event taken from the telegraph newspaper, There are many photos of the event that will go the photos site later. In this article Green Watch are on duty with John Riley,  John Leach and Stuart Darby. The event itself took place outside the Cathedral, the last wetherspoons article shoes a picture of some of the firemen that took part . In the picture are . From left to right are Chris Norse, Neil Fuller, Tom Davis, Stephen Brown, David Noddle, Darryl Cemm, Phil Whittacker and Ian Holden.