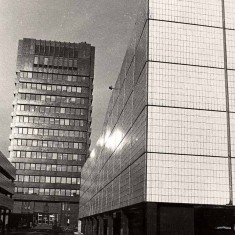 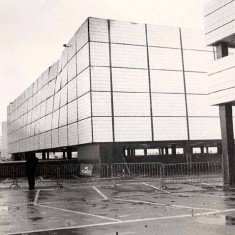 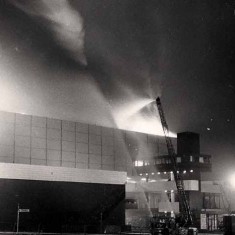 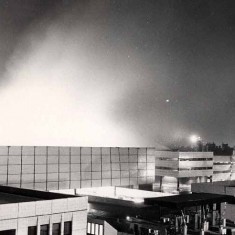 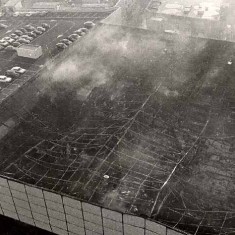 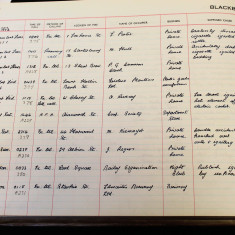 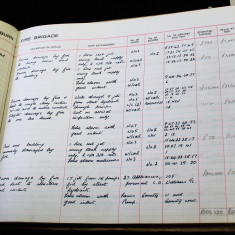 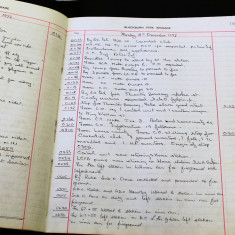 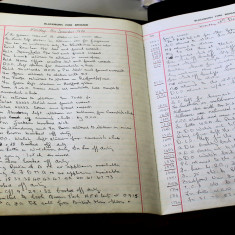 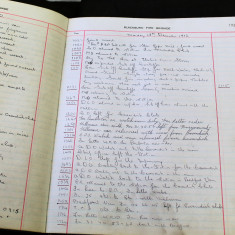 On the 18th December 1972 , just after midnight , a call was received for the Cavendish night club in the town centre . This required the largest number of pumps ever to be used at an incident in Blackburn. The club situated the car park at the rear of Woolworth’s , was a box like building , approximately 186 feet long and 160 foot wide, built on columns so that cars could park underneath. On arrival, the building was completely smoke logged and it was apparent that a large fire was burning somewhere inside. Firemen entered the premises  wearing breathing apparatus but before they could find the fire,  the roof collapsed and the intense heat forced them to evacuate the building. Within minutes the whole club was a blazing inferno. The firemen’s job being made more difficult by the structure of the premises. Altogether 27 appliances ,105 men and 17 jets were needed to contain the fire . The Chief fire officer having a number of problems to sort out the weight of the water being thrust on the supporting columns and the danger of the whole structure collapsing onto the shopping precinct below the car park . Damage was confined to the club only and after reconstruction reopened in 1974

The last two pictures are photographs of the actual hand written Fire Record Books of the Cavendish Club Fire it is a record of the number of Fire Engines and the number of water jets used on the fire and the actual fire damage cost.

The bottom three pictures are the actual Watchroom / Control Room Log Book record. the watchroom operator that night was FM Dave Lee. How he coped on his own I cannot imagine. Remember Blackburn Town Centre were the Cavendish Club was situated is in the bottom of a valley and the fire could be seen for miles on all sides of the town. There were two fire line telephones coloured red and white, a switch board which consisted of two admin lines and twenty internal lines and numerous private lines which included police, hospitals large company lines ect. I could imagine that all these lines were continually ringing.

Also he had to contend with the radio system which was a shared system with the County Borough Police,also  had to record everything long hand in the leather backed Station Log Book with a nib type pen and ink well.

The time of call was 0033 18th Dec 1972, Three pumps, TTL, and DCO Hinnigan in Wireless car responded, yes we had three pumps and predetermined attendances in them days, the town centre was always 3Pumps TTL.

At 0039 pumps were made 6 by the Deputy Chief Fire Officer, the watchroom man had a specific order to request the additional pumps from surrounding area you could not just ring Lancashire County and request what you required, so that again would add to the workload and pressure.

The Chief Fire Officer Bill Williams responded on the make pumps 6 request. at 0048 he made  pumps 10.

0123 a request was made for a Control Unit and Canteen Van.

0133 Turntable Ladders were made three.

The Chief Fire Officer sent a informative message at 0210  19 jets in use the actual Stop message was sent at 0310 ( Stop meaning stop mobilising any additional resources, and the fire was under control).

This was probably one of the largest fires in terms of resources in the history of Blackburn County Borough Fire Brigade.

At on stage the building was in great danger of collapsing due to the amount of water applied during fire fighting operations. The building was built like a massiive concrete swimming pool on concrete supporting columns I can imagine there was quite a large hydraulic calculation taking place at the time to assess the weight of water that had been applied during the fire.

Finally if the Watchroom operator had not got enough to do that night he had to contend with another fire at Thwaites Brewery which fortunately turned out to be a false alarm good intent.

So if their is any modern day Control Room Operatives out their how do you think you would do? please reply via the comments page below.