Nowadays Fire stations have been given a responsibility , namely that of going into all the primary and junior schools in their station area and teaching about fires and what to do if they are involved in one. That is why quite often younger kids year 2 will come home and go on and on all about fire plans at home . In Blackburn there  are 4 watches or shifts of fire fighters and each is responsible for approximately 10 schools , to pre plan, visit and then record on registers back at the station. This happens every 12 months the talks given to years 2 and 6, for each year the information differs slightly . Obviously the idea being we catch up with the new intake each year.

The fire engines are also regularly asked to visit local nurseries , and kids groups usually to show off the fire engine and let the kids squirt some water provided the weather is not too bad. We will also show some of the equipment on the fire engine sometimes letting them get hold and feel the weight . Giving of sticky badges usually ends these meetings. We even had a nursery box with little fire type toys, puzzles  dressing gear just things for the kids to associate with who we are and to remind them of what we said hopefully, this when I last did the talks had been removed for modernising.

Sometimes fire officers may be asked to go into secondary schools for specific talks. This also happens in all the other schools if we have a particular message to put over . This may be bonfire night and to be careful with fires ,not to throw fireworks and sometimes when someone is believed to be setting fires or committing arson either locally or in the school itself .

These pictures are of one school we visit, Queen Elizabeth’s Grammar school in 2011 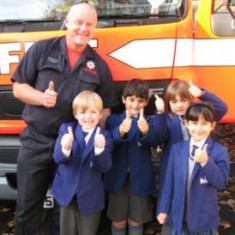 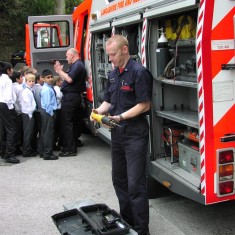 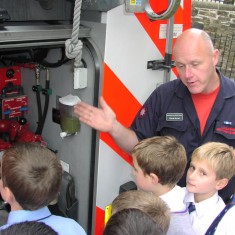 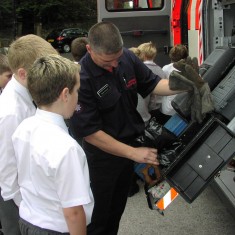 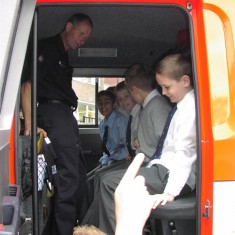 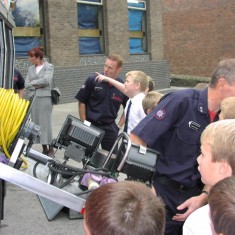 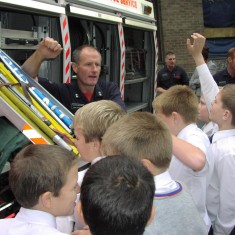 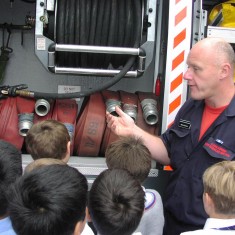 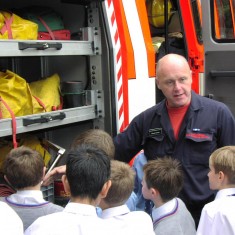 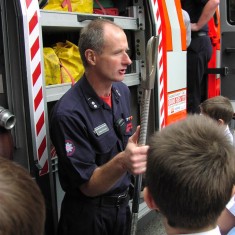 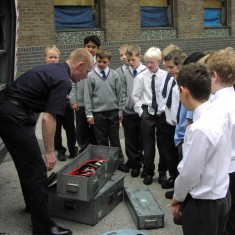 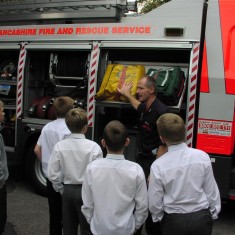 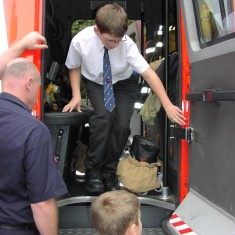