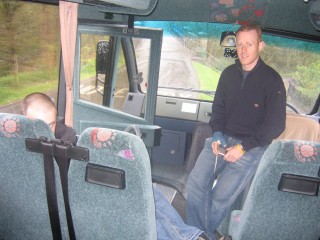 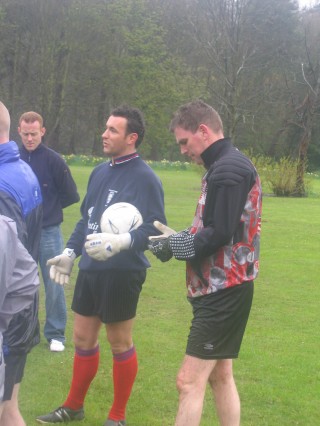 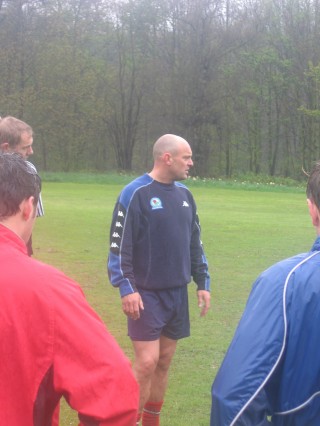 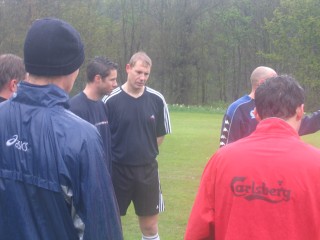 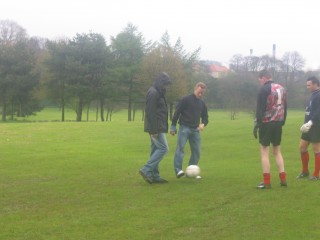 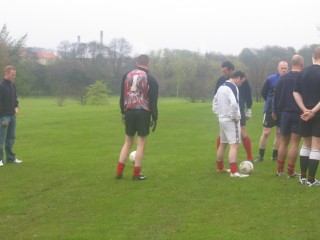 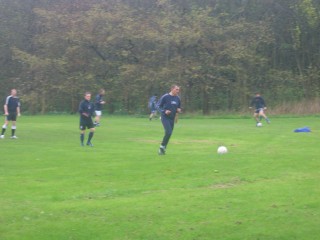 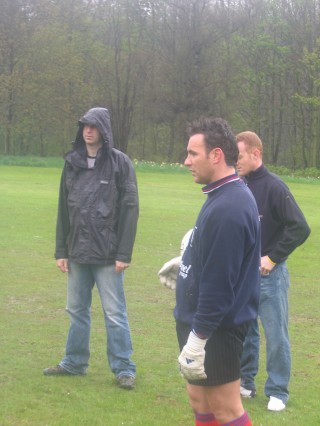 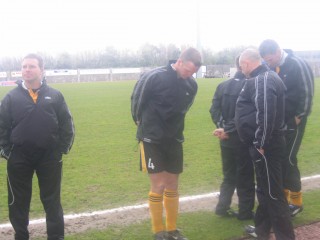 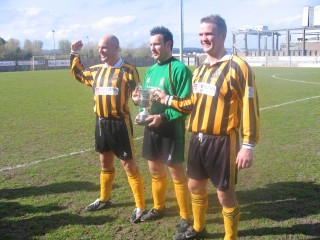 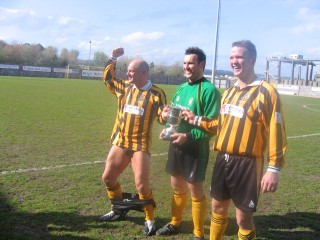 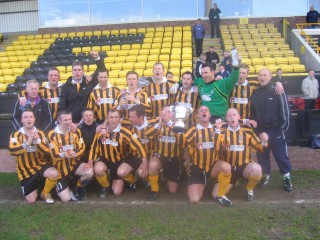 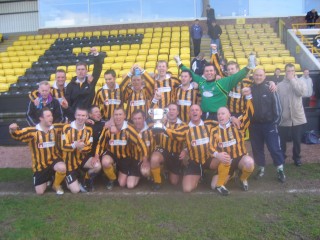 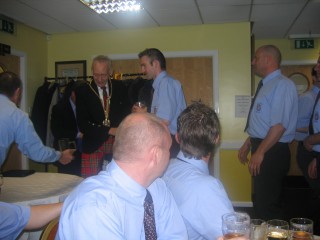 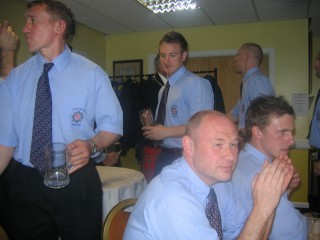 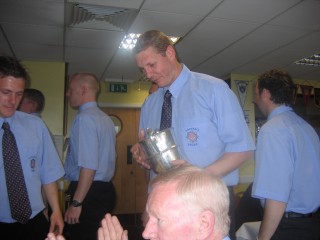 In 2005 Lancashire were victorious in the British Firefighter’s cup after suffering defeat some weeks before in the English cup. These photos show training the day before and the match with the victory after match dinner. Nigel Yates was the manager of the team but got his kit on near the end to share in the celebrations. The team was made up from several Blackburn firefighters and others from fire stations around the stations in Lancashire. Unfortunately the Chief missed the win as he had a previous appointment but sent the deputy and assistant pete O’Brien and Paul Richardson in his place.